We were working with a husband-and-wife team whose business had recently reached a turnover of £2 million. 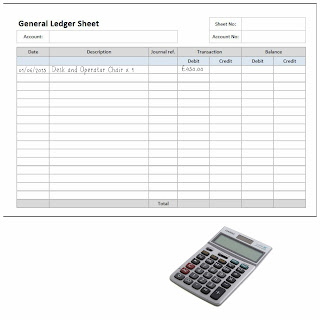 But all that business meant hard work, and lots of it. Every week, they would spend three full days ploughing through their accounts - themselves.

They had no free time, which was putting enormous stress on their relationship. They were drowning in paperwork. And they were constantly struggling with a job they shouldn’t have been doing, leading to mistakes and frayed tempers.
When I suggested that we could automate much of the process, the husband practically cried with relief.

“The accounts have been dragging our whole lives down, but somehow we’ve never managed to delegate them,” he said. “Getting rid of it would be an enormous burden off our backs.”

I asked them what they would do with an extra three days of time each week.

“Concentrate on business development,” they answered immediately. “We’ll be able to grow at a much faster speed.”

What they experienced is quite common amongst businesses that have recently hit the £1-£2 million mark.

In the early days of your business, it’s relatively easy to keep track of your finances. As the business owner, you might do this yourself, jotting down your income and expenses in Word or Excel. Or perhaps you worked with small bookkeepers who use simple accounting software or have built their own systems.

But as you grow, there is a lot more data to keep track of and it all gets more complex.

The trouble is, your financial management systems don’t always grow in sync with the rest of your business.

I’ve seen so many companies whose workforce has rapidly expanded, that have doubled or tripled their client base and that have invested in new infrastructure such as offices and vehicles. Yet they handle their accounts exactly like they did when the owner worked out of their bedroom.

Here are some signs that you, too, have outgrown your financial systems:

If any of this strikes a chord, your finances are probably chaotic and stressful. Chances are, your accounts aren’t ready when they should be, they’re often wrong or incomplete, and they take up far too much of everyone’s time.

In fact, you’re lucky if there have been no major repercussions already, such as missing money that you are owed, terrible cashflow or suddenly facing a tax bill that is much larger than you expected.

To protect your company – and yourself – you need to upgrade the way you handle your accounts. Grown up companies need grown up systems.

In the meanwhile, if you feel that your company has grown to the point where you need to handle your finances more professionally let’s talk. We can help you put in place all the same financial processes and skills corporate companies have, so that you can run more smoothly, plan effectively and generate more profit

How We Transformed Our Financial Management

He had recently told them they were making a small loss. “I knew what was happening in my own business, and my intuitive sense was that it was profitable,” says the business owner.

Is Online Banking Safe For Your Business?