Apparently all is good - we are out of recession!

I have blogged about this before, but it does stagger me how the media hype the most basic of statistics.

A BBC news reporter stating “now that we are officially out of recession” …. and then went on to imply everything is simply wonderful now. Is it all a load of nonsense? 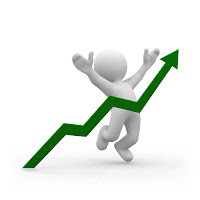 As commentators have acknowledged, the quarter is heavily distorted by the Olympics, and also the bounce back following the extra Jubilee holiday in the previous quarter. In fact apparently if we take these one off, non-repeatable, events out of the equation the reported 1% growth becomes only 0.3%. That is such a small figure as to be hardly noticeable, a point I made in my blog about the “double dip”.

A more relevant and important statistic is perhaps that the UK economy contracted by 6.4% between the start of 2008 and the middle of 2009, and had since recovered only about half of that output. Whilst we applaud an upbeat attitude and positive thinking there is still a long way to go before the nation as a whole is out of the woods and we can rest on our laurels.

There is no doubt that we are seeing a multi-speed economy, something we are also seeing with our broad spread of clients at Insight Associates. Some sectors doing extremely well, while others are struggling. The various measures and statistics all paint a varied picture. Reducing unemployment, but slow overall economic growth. Some large companies increasing employment, whilst others like Ford this week undertaking quite dramatic restructuring.
Interesting times indeed.

Finally another rather odd anomaly with all these statistics. It takes two quarters of negative growth to enter recession – but only one quarter of positive growth to come out!

Don't be an Ostrich