01st August 2009
News this week from HM Revenue and Customs showed that they have now deferred £3.17bn through the Business Payments Support Service!
There have been 177,000 separate arrangements and to date around £2bn has been paid back. Most deals are for three months or less, and as time passes the number of repeat deferrals has increased.
As I have said before, as Government initiatives go this one really works. It is in effect giving short-term (often interest free) overdrafts to businesses and is without a doubt relieving much pain that business may be feeling at present.
We have used it extensively for and with clients over recent months and it is indeed very effective. 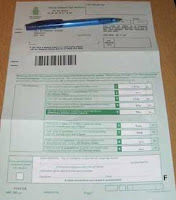 There can be no doubt though that the Service is becoming increasingly concerned about repeat deferrals and also abuse of the facility. Are all the businesses that are using it doing it for genuine reasons? - probably not? Compared to most overdraft facilities it is cheap and easy money -why would businesses not use it when there are very few hurdles put in the way.
I personally took quite a grilling earlier this week on behalf of a client when we were looking to defer payment of a quarterly VAT return. It was the third time they had used the service, and each time the quarterly VAT had been repaid before the next quarter became due (sensible if you can afford it!). A lot of questions were asked about what else the Directors had done to try and resolve their cash flow issues. Is this a sign of what is to come?
The Governments challenge will be how (and when) they withdraw the scheme. One thing is for sure they will have to be very careful indeed not to create a bigger problem than the one they have already gone some way to solving. I also hope that they do not rush into it, as there can be little doubt that there are still many businesses hurting out there!
In conversation on Thursday with my good friend and colleague Keith Steven of KSA Group, one of the countries most innovative and leading insolvency experts, he said that he believes that to some degree the facility from HMRC is just putting off the inevitable. It is giving time to businesses but not really solving the fundamental issues which more dramatic action would help with. Knowing Keith I suspect he is right!!
In the meanwhile, if you need the facility, use it! Further details are available from our website, or give me a call on 0800 180 4265 if you would like a confidential no obligation chat!
Share This Article

Why Haven’t You Raised Your Prices?

Health-conscious consumers were turning away from fizzy drinks, add to that the downturn in the dollar, and it seemed likely that the company would take a painful hit, so they raised their prices... Don't hire a hairdresser to fix your car

It's easy to hire the wrong person if you don't understand the job they'll be doing and most business owners aren't trained in financial management.

Business and financial planning in an economic downturn