July of this year saw the end of the consultation period on the Governments controversial Direct Recovery of Debts (DRD) proposal.

The announcement unveiled at the 2014 Budget proposes to give HMRC powers to recover tax and tax credit debts of £1,000 or over, directly from firms or individuals bank, building society or ISA accounts. 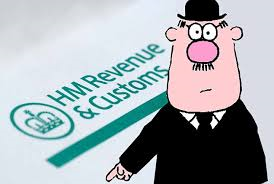 Direct Recovery of Debts would only be used in circumstances when the timetable for appeal has passed and HMRC contact has been ignored on more than four occasions.

The proposed measures will also give HMRC power to put a hold on the debtors bank account whilst they are given 14 days to make arrangement to pay the outstanding tax. After 14 days HMRC are then able to recover the amount owed (but must leave at least £5000 in the bank account).

These proposals are quite controversial and whilst no-one believes debtors should ‘get away with it’, many business owners are concerned that an already under-staffed HMRC will have difficulty implementing DRD without making mistakes.  In fact a 2013/2014 Adjudicators report into complaints made against HMRC stated that 90% of complaints were either partly or wholly upheld!

Do you have any views on Direct Recovery or Debts or have you been pursued by HMRC for debts that have already been paid?  We’d love to hear your experiences – either positive or negative. Can you be objective about this

It can be difficult to admit when things aren’t going to plan...to be honest about what's happening and the future…and evaluate your prospects with a clear head

Have You Seen Evidence of Economic Growth?