UK Employers Fear the Impact of the Living Wage

The FT recently reported that UK employers fear the impact of the living wage (FT, 8 Sept, S Gordon/G Parker) and that the minimum wage announced in George Osborne's summer budget is affecting recruitment and growth prospects. 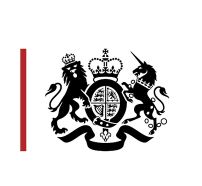 Whilst the Treasury said the Office for Budget Responsibility expects the national living wage to help 2.7 million low paid workers it does come at a cost – and those extra costs could mean up to 60,000 job losses.

The FSB’s latest survey of 1500 smaller businesses suggested the number of companies expected to grow had fallen and hiring and investment plans had cooled.

The national living wage is a serious challenge for small firms at the lower end of the pay scale such as hospitality, retail and social care.

So what’s the answer here?

Well, whilst we don’t advocate circumventing paying the national living wage by taking on more younger and self-employed workers we do think business owners need to have a clear plan for this change and others such as auto-enrolment.

Talk to us about any concerns you have.
Share This Article How much do your staff cost you?

When businesses assess costs, assets and financial performance, they look at tangible figures, and often miss that their people are a financial issue, too.

How NOT To Pay For Your Christmas Gifts