What to Read This Christmas

As Christmas approaches, everyone is relaxing – well that's the theory! – so with that in mind, I thought I’d do something a little different during this festive season, and tell you about some of my favourite business books. 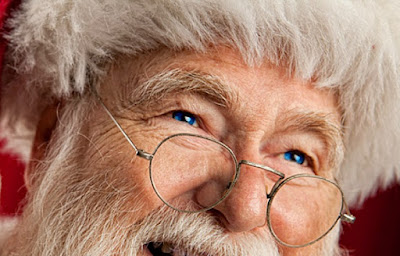 Only one of the books is, strictly speaking, a business book. The others are about personal development.

Still, I consider everything they say directly transferrable to a business context. If some of these make their way onto your Kindle, or into your team members’ Christmas stockings, your business will only benefit….

What makes certain people more successful than others?

The late American businessman Stephen Covey narrows it down to seven key habits in this bestselling classic.

Three concern mastering your own time and priorities. Three concern how you work with others. The last is about seeking continuous improvement in every sphere.

My favourite passage asks you to think about your funeral. Who would appear and what would they say? Build the kind of life which would ensure they say nice things – and do the same for your business. What would people say about it, if it wasn’t there anymore?

I’m also very keen on Covey’s time management grid. We must learn to differentiate between things that are important and things which are urgent, he says. We so often spend time on the latter that we forget to focus on the former – and that will harm any business.

This easy-to-read book by business consultant Ken Blanchard uses simple storytelling and parables to show you how to create a service which people will truly love.

He doesn’t want you to have customers; he wants you to have raving fans, people who not only buy your products, but spread the word to others.

Blanchard recommends a process of small, incremental improvements to your customer service. If every day, you find a way to do 1% more than your customers expect, over time, your service will improve enormously.

He runs through a useful list of areas where you can – must – do a little more, including the way you deal with queries, answer phones and generally interact with your customer base.

So think about the words your customers use to describe your service. If they say it was “fine”, you’re in trouble.  You want them to rave….

3. Eat that Frog by Brian Tracey

Business trainer Brian Tracey thinks that every morning, you should eat a frog.

By that he means, take on the one thing you were dreading that day, instead of constantly putting it off.

Chances are, it will be an important task which will have a big impact. You’ll feel much better to have it out the way, and it will help your business.

Like Covey’s time grid, Tracey forces you to think about how you spend your time. This is a key challenge for many of us, as modern life – emails, social media, phone calls – can prove very distracting, and take us away from our real priorities.

Tracey provides a series of useful tips to help with time-management, and to get our priorities right.

4. The Inside Out Revolution by Michael Neill

Michael Neill has made a name for himself as a transformative coach and author. His TEDx talk, ‘Why Aren’t We Awesomer?’ is expanded upon in this book.

His main message is that people are more in control of their actions than they believe or realise.

We often assume we are victims of external events, but Neill emphasises that you are in control. No matter what situation you find yourself in, you still have the power to determine how you react.

The best example I know comes from the least business-like book I can think of, Man’s Search for Meaning by Viktor Frankl. In this classic book Frankl relates how, as a prisoner in the Nazi camps, he told himself the Nazis could physically do anything they wanted to him, but only he could control how he felt and how he responded to it.

Ultimately this rather harrowing lesson can be used to challenge yourself about your own mental habits, including in business. When your company is on the backfoot, perhaps faced with negative feedback or a setback, do you panic – or are you determined to solve the problem?

So there you have it. A good reading list for a new year. If you have any others, get in touch. I’d love to hear about them. Each outsourced function came with their own proposed software. I liked the look & sound of iplicit. Insight Associates is very knowledgeable about this system.

Does the tax on businesses make any sense?